When you think of oral health or dentistry, you probably think of teeth. Most people do, and that is part of the problem. We tend to ignore our gums. Maybe they are a little discolored, or even puffy, but we see bright white teeth and everything looks fine. Maybe there’s a little blood when brushing, but that’s normal – isn’t it? In reality bleeding, discolored, or swollen gums are the most common (and often the only) visible signs of gum disease.

Gum disease is an insidious condition. It is usually painless, especially in the early stages and the visible symptoms are deceptively mild. However, what you don’t see can hurt you. Below the gum line, out of sight, bacteria is multiplying, attacking the gum tissue, pulling it away from the teeth, and eventually attacking the bone. Without treatment, it can cause tooth damage, and eventually, tooth loss. Research has shown that untreated gum disease is also associated a number of systemic health conditions.

What you can do

Good oral hygiene is imperative for gum disease prevention. It’s important to brush at least twice every day, and floss at least once. It is equally important to take your time and be thorough, cleaning all surfaces, all of the way to the gum line. It should take at least two or three minutes to brush your teeth. If you finish in 30 seconds, you are leaving plaque behind. Hygienist cleanings every six months help by removing any accumulated tartar that escaped your brush and floss.

Does this mean that everyone with gum disease brought it on himself or herself with poor hygiene? No! Poor hygiene is a major factor, but not the only one. Nutritional deficiency, compromised immunity, lack of saliva flow, medications, exposure to harmful bacteria, and even genetics can play a role. The best news in gum disease is that it can be treated at any stage. If it has reached the advanced stages, irreversible damage may have already occurred, but we can control it before it does more harm. If it is detected in the early stage (gingivitis), it can be stopped before reaches the bone. During your regular dental visits, we will perform a complete oral examination to detect any signs of disease or decay early.

Dr. David Spilkia has been attending to the dental needs of the communities of Philadelphia, PA for almost three decades and is trusted by his patients. Having started his education at The City College of New York and graduating from the University of Pennsylvania School of Dental Medicine in 1983, he practiced dentistry for a few years, before starting the David Spilkia Family and Cosmetic Dentistry in 1988.

Among the range of cosmetic and general dentistry procedures provided by Dr. Spilkia are restorative dentistry, dental implants, smile makeovers, and Invisalign orthodontics. 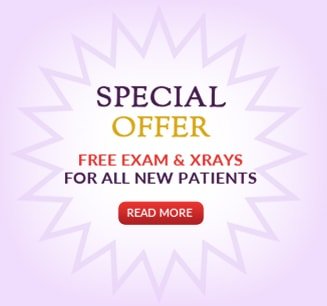 Samantha P.
I’ve been going here for years and I’ve never had a problem. He also did my anterior crown and I’m in hygiene school and many of my peers can’t even tell it’s a crown. Dr. Spilkia is a wonderful dentist and I would not go anywhere else!
Originally posted on